Baylor University is a private, Baptist-founded University located in Waco, Texas. The school boasts over 20,000 students, a thriving research community, and a foundation on Christian theology.

Where does Baylor rank?

Why are college rankings important?

College rankings are one important measure of a school’s quality and national reputation. A high college ranking often means that a school provides both a top education as well as other features. College rankings take into account a wide variety of factors, including academics, facilities, and student life.

Forbes recently changed its ranking system to account for financial value and average debt among graduates. This bumped Harvard University from 1st to 7th. Therefore, a college ranking provides a holistic look at a school’s overall quality and prestige. But college rankings can also vary year to year and website to website.

More specifically, the Baylor University rankings for entrepreneurship and first year experiences are #9 and #15. Unlike Forbes, which looks at geography and school type, US News college rankings are based on academic disciplines and performance indicators.

Some college websites like Niche.com use a letter grade rating system to evaluate colleges. Niche assigned Baylor ratings of at least an “A” in both academics and athletics and an overall Baylor rating of A. Other Baylor ratings from Niche include Diversity, Campus Environment, and Value, all of which received a Baylor rating of “A-”.

These Baylor ratings and Baylor University rankings help prospective students identify the strengths and weaknesses of a school. Therefore, these Baylor rankings can be valuable in your college search and as you create your college list.

While you should consider the Baylor University ranking as you choose schools, also determine if it is a good fit for you before applying. You can learn more about Baylor by checking out their website here. Finally, find tips for how to apply to Baylor here.

Looking for more expert advice on US college rankings and college applications? Sign up for an account today to be matched with an expert who can help you with every step in the process. Baylor Majors Baylor University has about 14,000 undergraduate students who choose from over 125 Baylor majors and minors to study during their time on campus. What college majors a university […]

Our clients got into Baylor University last admissions cycle. Are you next?

Our advisors graduated from the nation’s best universities, so they know first-hand what it takes to stand out in the admissions process.
+1 (844) 343-6272 I graduated from Baylor University as a triple major in Management, International Business and Spanish. I spent a semester studying abroad at the University of Maastricht in the Netherlands which prompted my lifelong wanderlust which has taken me to over 60 countries across 6 continents. I then attended Harvard University to receive my Masters degree in International Relations in which I submitted a thesis titled "Heroism, Race, and Minority Lead Roles in Global Cinema Blockbusters." I was just admitted into UCL Institute of Education MPhil/PhD program (ranked #1 in the world in QS Rankings 2014-2021). I've been twice selected as an economics research intern for the US Department of State (France and Argentina). I've taught in several public, private, and boarding schools in the USA & Malaysia and served as a college counselor in the UAE. Lastly, I hold a college counseling certificate from Rice University. In the fall of 2012, I started applying to numerous colleges alone. As a first-generation, low-income student with a single parent, I learned everything independently. Eventually, my hard work in high school paid off and I was accepted to MIT. I completed my degree and my pre-med requirements in 2017 but decided to fulfill another passion: helping student access and succeed in college. I have served as a first-year college advisor for a cohort of nearly 80 students in the Greater Boston Area helping students apply to and get through college. As an advisor, I took a holistic approach, ensuring that students' academic, financial, professional, and personal needs were all considered. Then, I worked as a college readiness teacher for approximately 215 9th and 10th graders in San Antonio, TX and helped students practice their resume writing, drafting personal statements, and providing psychoeducational curricula (e.g., the importance of grit, coping during stressful times, finding support).  I now utilize my experiences so that other students do not need to go through the same challenging experience of applying to colleges on their own. 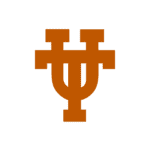 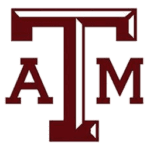 Hi! I am a freshman at the University of Texas at Austin majoring in Computational Biology and minoring in Business. As someone who participated in a lot of biomedical research and science fairs, I'd be especially helpful for students with a background in biomedical engineering/biology/biochemistry. When I am not in the lab or tutoring my peers, you can catch me playing the veena, baking, or reading. From building a school list to writing an amazing personal statement, I'm excited to help you throughout every stage of the admissions process! College Testimonials from Clients Who Were Accepted to Baylor University Not sure how to approach the Baylor University essay? CollegeAdvisor.com’s guide to the Baylor application essay will break down the Baylor essay prompts, showing you how to write an engaging […]

Baylor University Related How to Get Into Guides How to Get Into Baylor Guide

How to Get Into Baylor – General Information  Baylor University is a private university located in Waco, Texas. The world’s largest Baptist university, Baylor was founded in 1845 and has […] 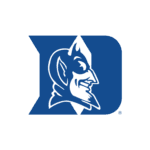